At Least The Third Time For Me

The first time I walked across a country was in 2014 and I’ve done it a few times since; on of one those occasions I walked over 1000 kilometres and it took me a while but today we did it in half a day!  We parked the car along the coast at Ghadira Bay and we walked cross country to Popeye Village.  And once we reached there we continued beyond the village and up to the cliffs.

Ghadira Bay, also called Mellieha Bay, is almost 1 kilometre long and one of the most popular seaside destinations on Malta.  It’s gently shelving sandy beach makes it idea for families and in summer it’s hard to find a spot for your towel or a place to park. Thankfully today there were just a handful of cars in the car park and we had the beach almost to ourselves.

Ancient Ghadira and The Saints

Ghadira has an interesting history.  It’s name comes from the Semitic word for salt, probably due to the ancient Punico-Roman salt flats that existed here.  Whilst the Romans were here, the first inhabitants in Mellieha lived here around 5000 years ago and there are several megalithic remnants that bear witnesses to those early inhabitants; if you have time you can visit the Hħajn Żejtuna temple near the town.

During Roman times locals built their homes into the caves in the Mellieha Valleys; this way of life remained popular up to the Middle Ages.  According to the Act of the Apostles, St. Paul was shipwrecked in Malta   It is said that St. Luke accompanied St. Paul  and he visited one of Mellieha’s caves and painted a figure of the Virgin on a rock face. In 409, this cave was consecrated as a church, and is now known as the Sanctuary of the Blessed Virgin Mary of Mellieha; which you can also visit.

Records show that Mellieha still existed as a settlement in 1436, but abandoned at the end of the 15th or early 16th century, as the north of Malta became unsafe and vulnerable to Invaders.  It would be over 100 years before people started to return as fortifications were constructed, the first being the Tower of Saint Agatha, completed in 1649.   The Tower would be in our sights for pretty much all of our walking today and the views from the top were pretty impressive; indeed it would make a really good lookout!

But first we walked.  We passed by a great number of small holdings.  These little plots looked ancient but the dry stone walls told a different story as so many had been renovated and repaired and looked almost new.   The fields were either tilled and ready for planting or indeed were already full of crops that would long since have finished in France or the UK.  Strawberries still ripening in the winter sun, tomato plants with red and green tomatoes but with lots of new bright yellow flowers that we knew would turn into a tasty tomato in a few weeks.  There were plots of onions and broad beans and greens (much like those in Galica) and leeks and spring onions.  We felt very envious of the ability to grow such tender produce year round.  But it was warm today and the lowest evening temperature that we’ve seen here has been 10c!

We peered over the dry stone walls and searched for flowers and wildlife and looked across the distant hills to see if we recognised anywhere  we’d been.  Before we knew it, we’d arrived!  We’d walked across Malta!  I know it was only 5 kilometres but… We walked across Malta!

Our destination was Popeye village.  We had assumed when I first saw this that it was a big coincidence that it shared its name with a cartoon character.  Perhaps it was an old Maltese name that had been adopted by the author.  But how wrong we were!  Popeye village was built specifically as a film set in the 1980’s for the Popeye film.  Raw materials were imported from as far away as Canada to make it look like Popeye’s home.  It took 7 months to complete and these days it’s a tourist attraction come theme park.  We were disappointed.  When folks said we should visit Popeye village we were expecting a real Maltese fishing village, untouched by time; instead they wanted 14 euros for us to enter and take a look.  Needless to say we declined and instead chose to continue our walk out to the cliffs and see how close we could get to the sea on this side of the country!

Part way along there was a road that led down to the sea.  I’m pretty sure it was a boat launch and started to head down there between the high stone walls but Gerry wasn’t happy. He felt the winds were too strong and there were lots of fallen stones so he called me back.  I’m pretty sure we would have been fine but who am I to question his nibs!

Instead we walked up and around the cliffs.  It was really windy today and some of the gusts would knock you off balance, so we erred on the side of caution and didn’t get too close to the edge.  You could also see across to the other cliffs where there was a lot of erosion and again we decided that we would avoid any overhanging rocks and stay away from the edge.

One young woman took no such precautions, and we were amazed how close she would get.  She was hiking alone and we thought that she was perhaps a little too gung-ho!  We watched her walk along the higher cliffs ahead and after some pretty strong gusts we saw her cut back inland, so maybe she decided it was better to be safe than at the bottom of a 100 metre high cliff!

We had set ourselves a time to turn around and head back.  We walked onwards and upwards for a while until our time was up; and we turned tail and headed back to the car.

We’d set a time limit because we wanted to carry on upwards to the Red Tower.  We have seen this a few times on our way to Gozo so we thought we’d take the opportunity to visit.   Crikey it was windy up here!  We climbed up and up and up the stairs to reach the tower.  You had to pay to get in and we decided that we’d just wander around the outside and read about it later.  It’s actually called The Tower of St Agatha but more often it’s called the Red Tower because of the colour (it’s painted red to make it visible as a watch tower).

After we’d seen enough we decided to drive out to the furthest point of the headland to another watch tower called It-Torri l-Abjad, or the White Tower.  It was built in 1658 as part of the sea defences.  Like the Red Tower, it fell into disrepair, both were put to use during World War II and both were renovated at the turn of the century and both can now be visited.  We parked at the bottom in the car park and walked up; we seemed to take a bit of a scenic route from the coast and the path became very rustic at times, but nonetheless we managed to scramble over a few rocks and make our way up to the tower parking area.

The views were impressive. In one direction we could clearly see St Johns Basilica on Gozo and the Spire of the cathedral in Victoria and in the other direction, we could clearly see the walls of the mighty citadel at Mdina. Indeed both towers would give the watchmen 360 degree views of the coast.

Once we’d viewed enough (as if we could ever have enough of this view) we walked back to the car park and put Marsaskala into google.  We decided to go home via Route 1.  We’ve avoided this road so far as it follows the built up tourist coastal areas and leads us to Sliema and Valletta but as it was a Saturday we decided we’d chance the traffic.  It was a good choice.  We drove home through the popular towns along this side of the coast and we decided that whilst Marsaskala is on the wrong side of the island, it’s a very ‘real’ town.  It feels like a working Maltese harbour and far from the tourist areas along Route 1.  It’s our kind of place and whilst the apartment is pretty basic we’ve been happy enough here in our little Maltese home.

Thanks for the Memories Malta

We fly back to France tomorrow.  I’m so glad we took this last minute getaway.  We’ve had a lot of rain but we’ve had a lot of sunshine too and we’ve got to explore a great deal of the island and we’ve fallen in love with Valletta.  We have a lot of travelling to do still but I’d be happy to come back and spend more time here, especially if it meant an apartment somewhere in the old town! 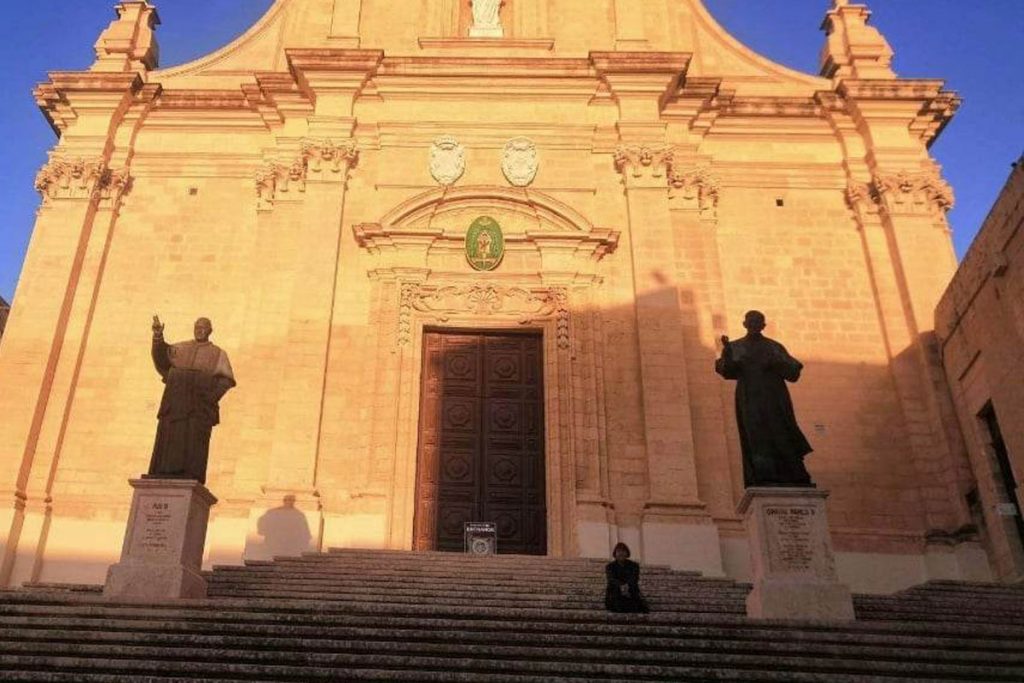 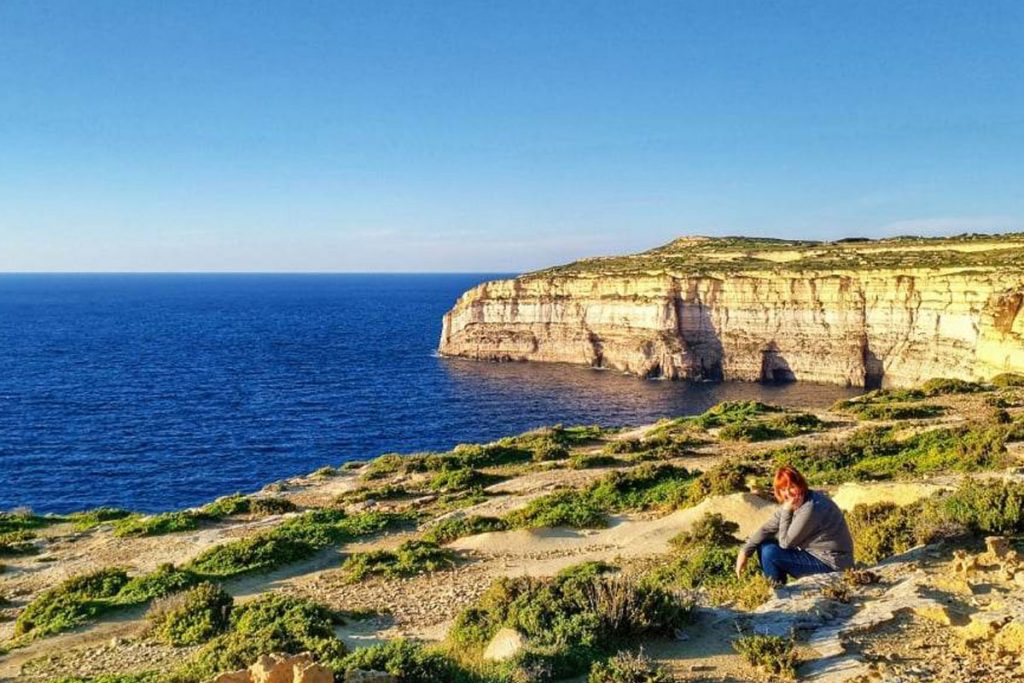 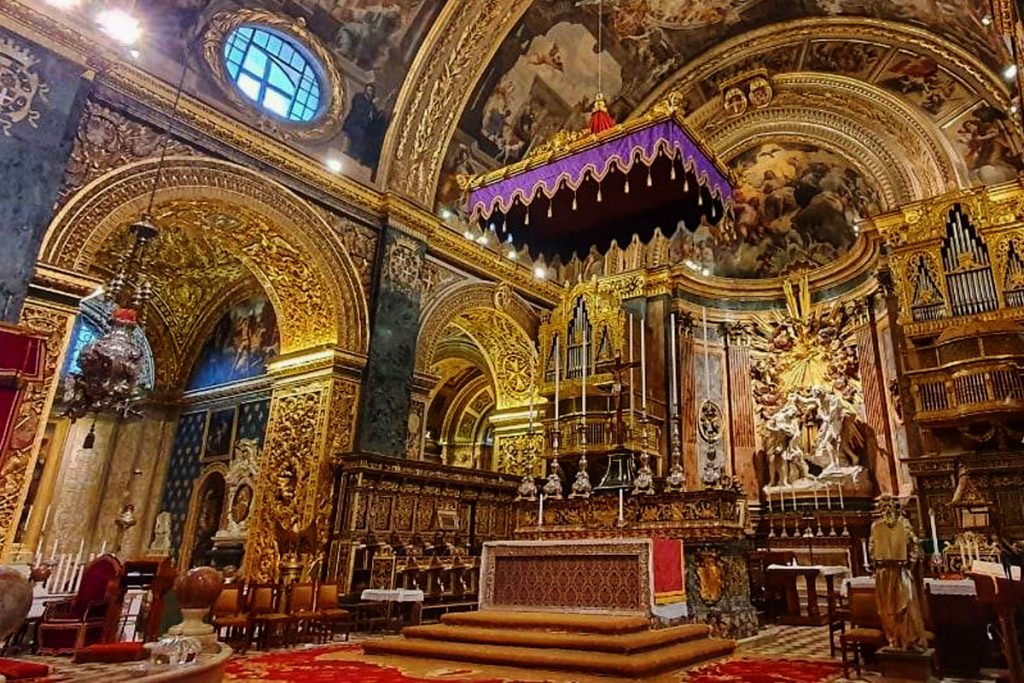