A year ago we watched a TV program hosted by Adrian Dunbar (of AC12 and Line of Duty fame). He travelled around Ireland’s coast, visiting well known and lesser well known places. One such place was Benbulbin and Drumcliffe and of course I added it to my ever growing list of places that I wanted to visit.

Benbulbin is a large flat-topped rock formation in County Sligo and forms part of the Dartry Mountains in an area often referred to as “Yeats Country”. You can climb to the top of Benbulbin or you can skirt around it. It’s less than 600m high so we considered climbing; the approach from the south is far more gentle than the sheer sides of the northern face and its really not that high but time was against us so we opted for a more gentle 8km hike, albeit a rather spectacular 8 kilometres.

Benbulbin is sometimes referred to as Ireland’s own Table Mountain, this most distinctive peak was formed during the ice age by massive glaciers segmenting the landscape. Also known as the Gortarowey trail, this walk is fairly easy and in glorious nature with a mix of a hard surfaced and easy trail.  It starts in a little secluded forest carpark before opening to a rural landscape, providing genuinely stunning up-close views of Benbulbin.

After leaving the car park we followed a short stretch through shaded woodland full of rhododendron in full bloom.  Sadly we left the car park at the same time as a group of 8 (chatty) hikers along with their (very happy) dogs so rather than walk in their stead we stopped for a while and took photos and just meandered until they were out of sight.  I know that makes us sound very grumpy hikers but we wanted to enjoy the sounds of the forest and the quiet of the nature around us.

As we emerged from the forest we were treated with amazing views of Benbulbin and also distance views of the blue sea beyond and the mountains on the other side of the estuary.  For a few kilometres we walked along the side of the mountain, I took so many photos and looking back at them now I realise that they are all very much the same, but it was majestic and I couldn’t help myself.  The more we walked the more the mountain receded behind us and we were back again in a thick forest.  There must have been a huge storm recently as there were so many trees fallen, in some places places three of four fell together taking the earth and grass and soil with them.

As the forest cleared the path opened up again and the mountain was behind us, we could see the path leading up to the top and we were so tempted to follow it but we really didn’t have enough time to walk that route safety, so instead we turned and headed away on our trail.  We were rewarded again with gorgeous sloping views beyond fields, forest and roads all the way down to Donegal Bay.

We caught up with the hiking group, who were stopping for a picnic; we said hello and made friends with their happy dogs before continuing on.  Today was going to be all about Benbulbin  but a close second came the stunning coastal views with the coast around Donegal and Sligo, we both agreed that we could happily spend a while just sitting and looking at that view!

I think we must have been looking too much at the view though as we missed our turn. The walk was meant to be around 5km but in the end we walked just over 8km… however, we didn’t mind as it was just glorious. If you’re every in the area I recommend a little detour to this trail.

After our walk we picked a spot on the map along the coast knowing that it would take us back to the ‘Way’ and how lucky were we to have picked Mullaghmore beach; a wide and glorious expanse of sandy bay in the shadow of Benbulbin. We later learned that this little gem of a fishing village was where Lord Mountbatten was killed in 1979 but we were oblivious to this as we munched our sandwiches and agreed that there are surely few places on earth that could better this view.

The trail continues along the coast, it’s really less of a trail and more just a tiny coast road that loops around the headland, but nonetheless it makes for a stunning walk. We left the road a few times and clamboured down to the giant rocks that give access to rock pools and closer views of the crystal clear waters. Oh it was so stunning; how many times can I say glorious or beautiful or stunning in one sentence? Seriously just wow! It also helped that we had glorious weather with warm sunshine and blue blue skies.

The trail took us to Mullaghmore Head, apparently a renowned surfing spot and described as Ireland’s ultimate big wave destination but for us it would be just a beautiful walk.  We stopped for a while to take photos of the beautiful Classiebawn Castle before retuning back to the road where the loop took us back to Mullaghmore beach. There was no time for us to enjoy this 3km long stretch of sandy beach as it was time for us to head home; and we had one more stop to make in the sleepy little village of Drumcliffe.

We parked in the church car park beside Yeats’ Road and opposite the very ancient cross that Yeats wrote about . We walked down towards the church and there, in the shadow of Benbulbin, we found the final resting place of one of the great modern poets.

Under bare Ben Bulben’s head
In Drumcliff churchyard Yeats is laid,
An ancestor was rector there
Long years ago; a church stands near,
By the road an ancient Cross.
No marble, no conventional phrase,
On limestone quarried near the spot
By his command these words are cut:
Cast a cold eye
On life, on death.
Horseman, pass by!

We had the last of our flask tea in the car park looking up at the flat topped mountain before putting home in the SatNav and heading back to County Clare. Oh what a fabulous day. 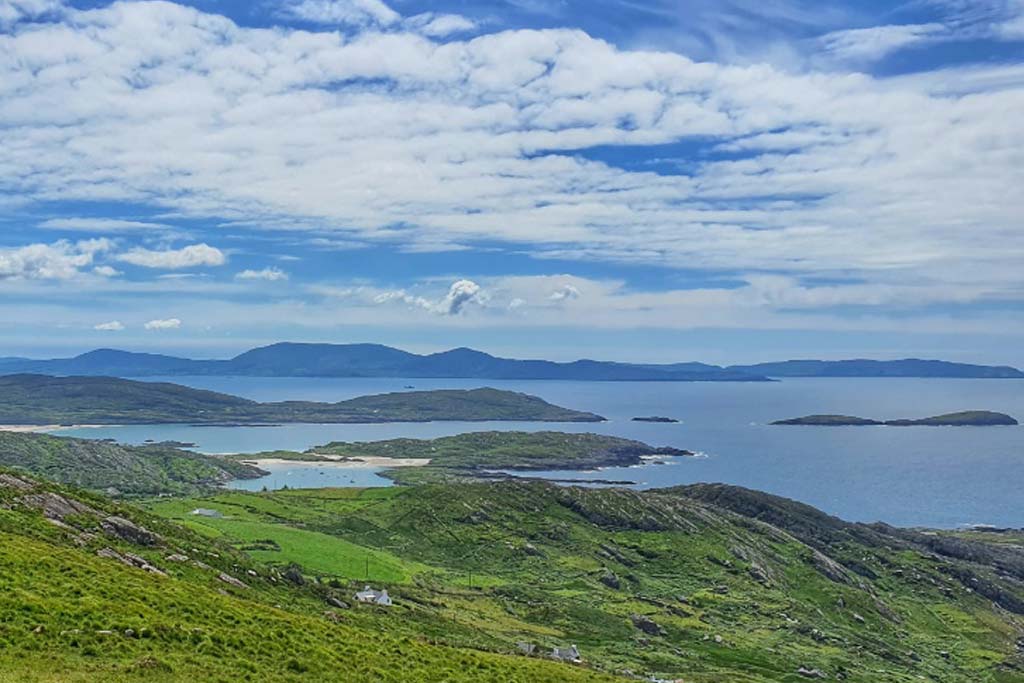 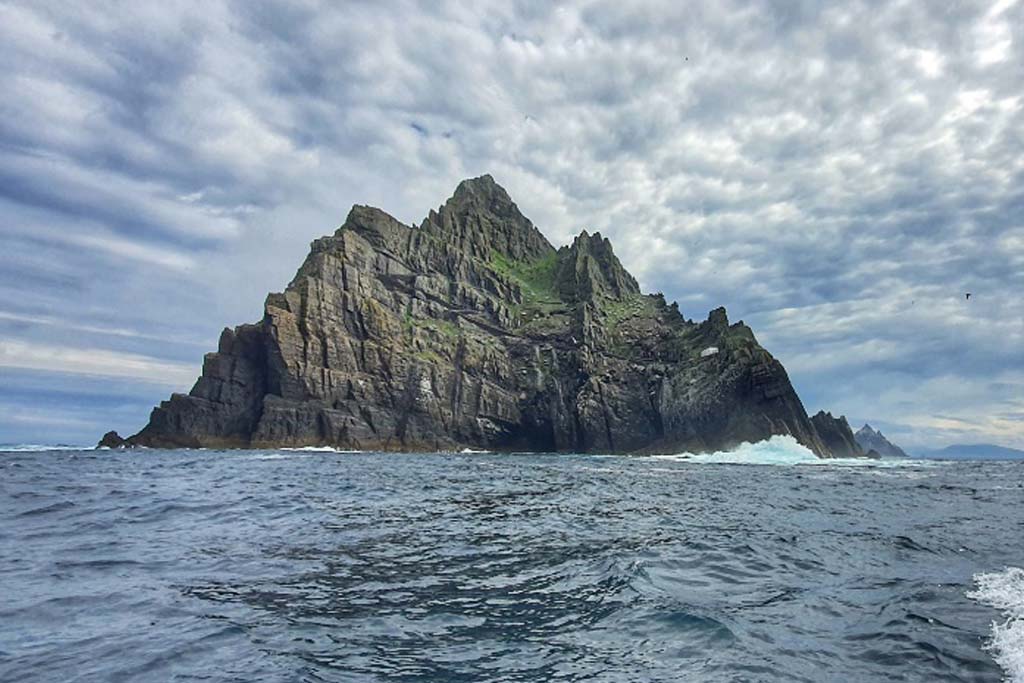