We only have a week and we’re beginning to realise that we should have stayed two… or three at least! There is so much to see and do that we just don’t have time for it all. instead we hope we’ve chosen well and our old bones can cope with the pace! Today we booked an Experiences with AirBnB; we were heading off to the high Atlas Mountains to hike between Berber villages and have lunch with a Berber family. We had to meet at 9:00am which meant setting the alarm for 7:00!! Gosh I thought we were on holiday!

We showered and had breakfast and headed off back to the main square of Jemma Al Fna to meet Karim, our guide. As with yesterday we meandered by stall after stall of fresh fruits, everyone calling us over to try their produce. Thankfully and wave and a happy no thanks is enough and as with yesterday there is never any more than this happy banter.

We joined a little group of other hikers, English, Spanish, hungarian and Dutch and all of them about young enough to be our kids! We felt a but like mum and dad taking the family on an outing! Karim suggested we sit in the front; I’m not sure if he thought it was best to give the pensioners the easy seats or if he was just being polite! But we took our seats and we set off out of the city and towards the mountains.

The Berbers in Morocco are an indigenous population of North and Sub-Saharan Africa.  Their history dates back to pre-history; indeed ancient remains have been found dating back 300,000 years which suggests the Berbers have been living here for a long time!

The name Berber was derived from the Greek word for Barbarian.  The Bebers are actually called Amazigh but today the name Berber is commonly used.  Our guide yesterday explained that the people of Morocco do not consider themselves Arab but as Amazigh.  They are the descendants of nomadic and sedentary tribes, whose culture has survived numerous invasions.  They were the nomads of the desert caravans and their villages were important staging posts along ancient trade routes.

The Berber culture is richly associated with arts and crafts and they even have their own language and dialect which is widely spoken in the Medina and in rural Morocco alike. The culture has remained for thousands of years, it’s a culture that the people are proud of and the mountain Berber population continue to live as traditionally as possible in their mountain villages.

Our guides today were from the Mountains and as we drove closer to our destination they were greeting and chatting with folks in all the surrounding villages; it seems everyone knows everyone in these hills.

We stopped first at a woman’s co-operative near Asni. Here the Berber women create Argon Oil and use it to create foot products and cosmetics and beauty products.  It was one of the by-products of Argon Oil that was used during our Hamman.  We stopped first for a second breakfast; well Gerry did at least!  Tucking into fresh warm bread and local honey and a paste that the locals called Argon Nutella but was actually Argon oil mixed with peanuts and walnuts; it was really tasty!  Next we had a demonstration on how the oil is made and then had a chance to wander their little shop.  It was informative but never pushy and it was a good stop.

Onwards we moved to the Imlil Valley where we undertook at 2 hour hike up into the hills above three villages.  The views were stunning and all the while in the shadow of the snow topped mountains.  We hiked up to a waterfall and I have to say it was pretty tough to start.  The guides didn’t hang around and as we were the oldies of the group it felt like a bit of a challenge!  Even when we reached the flat we had to watch our feet with rocks and stones and loose gravel.  Once we reached the waterfall we had a chance to try local freshly squeezed orange juice before heading back down via a different route to one of the three villages in the valley, where chicken tagines and Moroccan salads where waiting for us.

After lunch we continue on, down through dried up river beds and back into another village where our minibus was waiting for us.  We’d taken coats and scarves but in the end it was a bright sunny day and coats were not needed!

Back in the bus we had more history and more music, Karim has been playing Berber music all day and it’s very infectious! He dances in his seat and his brother drives us around.  Our last stop of the day is a camel ride into an area of rocky desert on the other side of the pass.  We first climbed higher over the mountains and then the road plateaus into a vast desert like landscape, although this isn’t the Sahara.  The land is dry and we could see forever.  It reminded us of Jorden with shepherds herding great flocks and donkey’s side by side ploughing fields.

This part of the trip was a little ‘touristy’ and we weren’t keep to start.  We were dressed in Berber outfits and headed off to the camels.  Gerry wasn’t sure.  He remembered the previous encounter in Wadi Rhum but in the end hopped on his camel and decided he’s paid so he might as well!  The mounting procedure was very fast… no sooner has we sat in the seat then the camel was up and on it’s feet.

There were five camels tied together and one chap leading; he looked about 12!  But, to be fair this seemed a far more gentile ride than our last.  We meandered around the hills for about 20 minutes before returning for hot sweet mint tea.  I’m glad we did it as in the end we really enjoyed it and laughed a lot.  One of the other passengers though Gerry was called Terry so she named his camel Gerry too… this caused a few chortles but I decided that Gerry could be Terry for the day and christened him Terence of Arabia.  We laughed about it as he patted the head of my camel.

All in all it was a good day.  And we have a later start tomorrow so no need for the alarm! 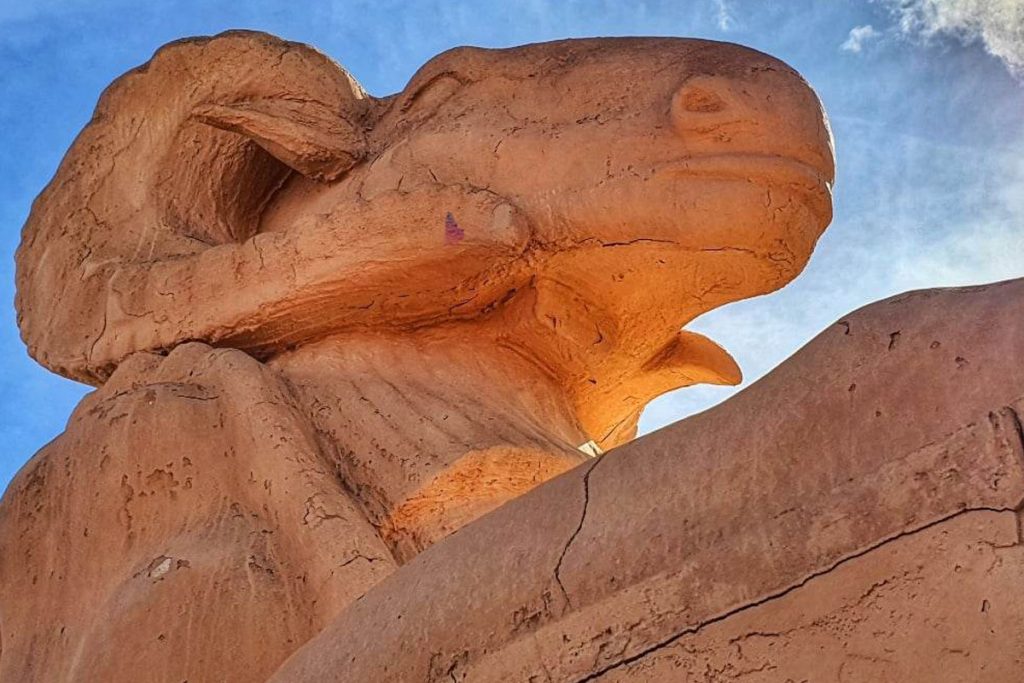 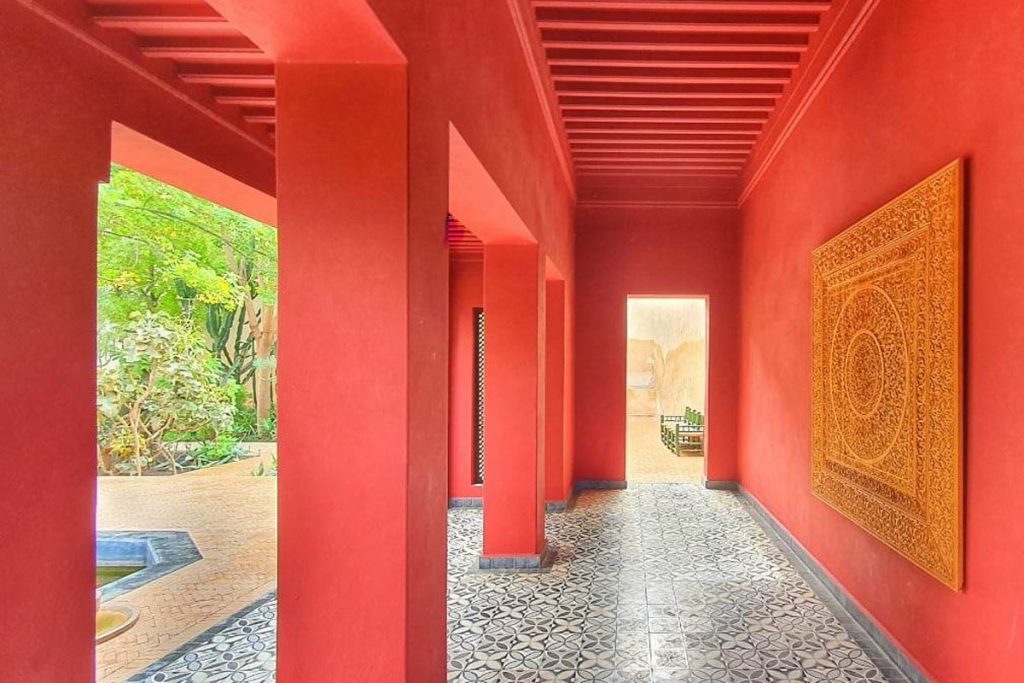 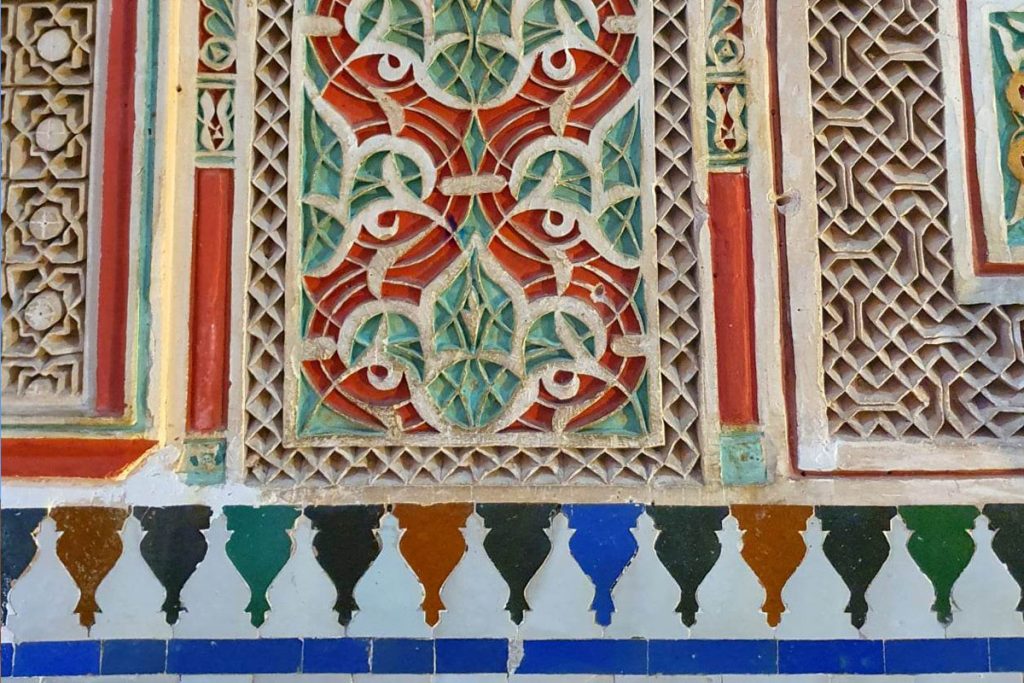